I’ve always had a hard time stepping away from being mela.de.gypsie. I created it one evening when I was 17 in an online forum for school, and it has stuck as an online handle on numerous platforms ever since. In my naïveté, it was as if I believed I became a superhero online.

Since then I’ve used that for many online handles, finding it really hard to step away from the persona.

Every now and then I take a step back and ask if it was time to drop the handle. It shouldn’t be so hard (should it?); to drop an online persona and use my real name. It is but a shell that is hard to shed.

Another truth is that I’ve used it at every poignant chrysalis moment of my life. I first used it as a pen name when I wanted to start writing prose and poetry. I continued using it when I decided to take photography seriously. I even began being known as that with online friends I made in all parts of the world.

I guess I find it hard to drop because as I look back, it feels a right shame to treat it as something I can shed and just walk away from.

It is akin to walking away from a whole life.

But I feel especially hard set on keeping it when I think back to the couple of hours that first night coming up with the name. Hilarious, I know. So much weight spent on a screen name. Even I am making fun of my 17-year-old self.

So, if much time and effort was creating and cultivating something over the years, why should I walk away from it?

The internet debacle carried on for a bit and it wasn’t until a chance conversation with a close friend. There was a rapid fire of words that ran in that conversation but the most poignant line that stood out to me was this (and I paraphrase): “If you treat anything that you do with love, it will amount to something.”

I had my answer.

Mela.de.gypsie is here to stay.

All that Glistens this Christmas Season

A Better Florist for Better Blooms 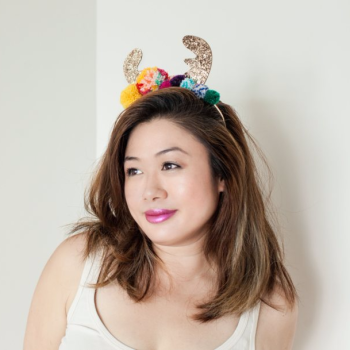